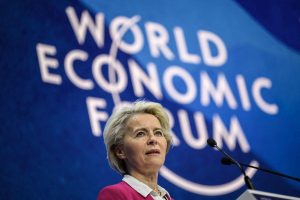 This Opinion Piece featured on The Sunday Times of Malta, on 29th May 2022

Right after her election as European Commission president in 2019, Ursula Von Der Leyen gave a speech on her priorities for the European Union whereby she stated: “The path is arduous, the task is not easy. But together we can do it.’’

Little did we know then that the EU, along with the rest of the world, was about to face unprecedented challenges, leading not only to a shift in our outlook but also a need to rethink and re-shift the EU’s priorities to make them fit the new reality.

The adjustment following Brexit, surviving a global health pandemic, the effects of climate change and the shock of the Russian invasion of Ukraine all take centre stage in Europe’s recalibration. It is safe to say that the EU was not ready to face the reali­ties and repercussions brought about by COVID-19 and the recent destabilisation caused by the war on the EU’s frontiers.

The EU’s Single Market was faced with supply chain interruptions, price hikes and gene­rally an overall disruption in the day-to-day operations practically of all businesses providing goods and services.

We now approach the mid-term point of the Von der Leyen Commission with some hope of moving beyond the pandemic on one side, but still in full uncertainty as to the security situation in Europe on the other.

In combatting the economic and social effects of the pandemic, earlier this year the EU approved the Recovery and Resilience Facility (RRF), which aims to combat the adverse effects of the health crisis and work towards recovery through investments in the economy.

Keeping in mind that the RRF was designed prior to the Russian invasion of Ukraine, which has consequently contributed to substantial levels of inflation, it is important now more than ever that these funds are invested effectively and in a timely manner.

Climate change is a real existential threat, the effects of which are now being felt on a societal and even economic level. The Green and Digital transition therefore have been and remain at the centre of the EU agenda to meet the climate neutrality objective by 2050.

This is particularly crucial for countries like Malta, an island in the Mediterranean on the periphery of the European continent, with permanent challenges including insularity, limited natural resources and a heavy reliance on imports, including food.

Supply disruptions abroad have a clear impact on prices and availability locally, as we are currently experiencing. Malta is also dependent on inbound tourism, which in turn relies on favourable weather and good climate conditions. While keeping this in mind and remaining fully committed to the broader climate objectives, the EU should however not overlook the painful recovery process of businesses from the pandemic and the economic pressures the war in Ukraine is causing on operators.

In light of this, it should evaluate how to reduce burdens on companies, including the ones expected to arise from the Fit for 55 package, which is the EU’s legislative framework to meet the Green Deal objectives.

Climate change is a real existential threat, the effects of which are now being felt on a societal and even economic level– Alison Mizzi

Despite all variable and unpredictable factors of late, there is one certainty that is and will continue shaping our future. This is the role of technology and the fast digitalisation of the eco­nomy. Digitalisation brings substantial benefits in view of the economic opportunities and thousands of jobs created, but one must also ensure that the emergence of new business models operate on a level playing field compared to conventional ones.

The Von der Leyen Commission has undertaken important EU reforms to ensure that business in the digital sphere is done in a fair and transparent manner through several legislations, such as the Digital Services Act, the Digital Markets Act, the Artificial Intelligence Act, and more recently the Data Act.

This is probably one of the most successful policy areas of the EU during this term so far, and more ambitious initiatives would be welcome to ensure economic growth in a rules-based order.

EU trade policy is also a key policy area that contributes substantially to economic growth, but that is also volatile to international geopolitical tensions. While enjoying a normalisation of trade relations with the US under the Biden administration, important challenges remain.

The EU still faces a largely dysfunctional World Trade Organisation, prolongation of disputes with the UK on the implementation of the Northern Irish protocol, and frustrations in trade relations with global players such as China.

A successful EU trade policy is important as it opens new markets for businesses, including for Maltese SMEs, with trade conditions that a country with a market size such as Malta’s would be very difficult to obtain on its own. In this light, the recent EU agreement on an International Procurement Instrument, which will open non-EU public procurement markets to EU firms, is an important development.

Another important area that is particularly relevant for the Maltese labour market is the supply of high-level skills and the availability of skills more broadly. This challenge has been present since before COVID-19 and will persist in view of the fast-paced digitalisation of the economy. At the centre of the Von der Leyen Commission’s action plan in the first half of this term was the New Pact on Migration and Asylum.

Last month, the Skills and Talent Package initiative followed, which intends to provide more simplified procedures for companies to look beyond the EU when hiring talent that could not be sourced from within the EU.

Looking towards the second half of the Von der Leyen Commission’s mandate one can only hope that the upcoming policies and legislative proposals continue addressing the long-term EU challenges while keeping the current economic volatilities in check. Future resilience can only be secured through a robust economic recovery.

This must be supported through public policy measures such as more dedicated EU funding, targeted new legislative initiatives, the application of better regulation principles ‒ such as the think small first principle ‒ and avoiding unnecessary burdens on companies by applying SME tests at impact assessment stage.

Furthermore, consultation with companies and business representative organisations remains key in ensuring the right economic conditions for operators to rise and create growth, jobs and prosperity.