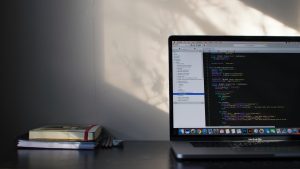 The EU institutions adopted the Digital Markets Act. The proposal, published back in December 2020, aims to curb the power of digital platform gatekeepers by providing a fairer business environment to business users, and keeps platforms from using unfair practices that would limit tech start-ups from opportunities to compete or deprive consumers from choices of service providers or fair prices. Of notable importance for the hospitality sector is that the agreement bans ‘narrow price parity clauses’, which is commonly adopted by online platforms to prevent hotels from offering a better price on their own channels than the platform. Platforms will also be required to provide better access to data to business users generated by their listings.

The EU Council adopted the Directive on Gender Balance on EU Listed companies. The main objective of the Directive is to achieve a minimum of 40% non-executive members or 33% of all Director positions to be occupied by persons of the under-represented sex on company boards in listed European companies. A transition period is provided to meet the requirements until December 2027. Furthermore, a sunset clause is foreseen for the year 2038 when the Directive will cease to apply. Trilogues will now take place for a final adoption.

The EU Council has adopted its position on the Carbon Border Adjustment Mechanism with some developments from the original proposal by the European Commission. The main outcomes include: (1) a provision to exempt consignments of intrinsic value lower than EUR 150,  (2) lay ground for a future legislative proposal to extend CBAM reporting to imports that are mostly related to aluminium products, extends the sharing of information of CBAM databases with authorities responsible for administrative and criminal sanctions and the European Public Prosecutor’s Office, (3) and expands on the provisions concerning infringement, revoking of permits, and an increase in penalties for importers caught importing CBAM goods without being authorised declarants.

The European Parliament is still in the process of adopting its position. Trilogues will take place after this stage. For more information, visit here.

Following last month’s Council agreement on the CSRD, this month the European Parliament’s legal affairs committee adopted its own report, opening the way for trilogue negotiations in the coming weeks. The Parliament’s position retains the scope of the Directive to apply for large undertakings, with voluntary standards for SMEs (although it opens the possibility to widen the scope following a review which it suggests to take place in 2026). In terms of implementation, the Parliament requires reporting by all undertakings within the scope of the Directive to commence as from 2024. MBB looks forward to the final outcome following the trilogue negotiatons, and will monitor developments relating to the standards as they start being developed by EFFRAG in the coming weeks.

The European Commission published a Communication to address the issue of high energy prices that have been rising for a while and particularly since the start of Russian invasion of Ukraine. The most prominent policy is to reduce Europe’s dependence and eventually phase out import of fossil fuels from Russia. The strategy has three pillars:

In the Communication, the European Commission estimates that a full implementation of the Fit for 55 proposals would lower gas consumption by 30% by 2030. For more information, visit here.

Furthermore, the Commission complemented this Communication with a legislative proposal for securing winter gas storage. This will require Member States to ensure that their gas storage is filled up to at least 80% of capacity by November 2022, rising to 90% for the following years.

Regional Aid Guidelines: The European Commission published Malta’s State-aid decision and Regional Aid Map for the period 2022-2027 that also includes the aid intensities allowed for industry. During this period this will be 10% for large enterprises in Malta and 15% for large enterprises in Gozo. For investment projects with eligible costs not exceeding EUR 50 million this ceiling is increased by 10% for SMEs 20% for small enterprises. For more information, see here.

Brexit Adjustment Reserve: The European Commission approved the disbursement of the annual pre-financing amount to Malta from the Brexit Adjustment Reserve. For 2022 this amounts EUR 10.5m and in 2023 it will amount to EUR 10.7m. The financing is aimed to support regions and economic sectors, SMEs, and job creation and protection, such as short-time work schemes, re-skilling, and training. For more information, please see here.

Conference on the Future of Europe: The CoFoE has entered in its final phase with exchanges taking place on preliminary draft proposals. A plenary involving all nominated stakeholders will take place in April where the proposals will be consolidated and a final report will be delivered to the Presidents of the EU institutions (Roberta Metsola, Charles Michel and Ursula Von der Leyen) by Europe Day on 9 May.

Meanwhile, the European Commission published the CoFoE 4th interim report in which two ideas from the MBB’s declaration have been referenced. These include:  Addressing Skills Shortages (p. 50): “To address the shortage of skilled workers, and more generally, the shortage of skills for the digitisation of the labour market.” (see idea); and Impact assessments on amendments by Parliament and Council (p. 85): “For example, one participant advances the idea of making impact assessments compulsory at all stages of the legislative process.” (see idea).

European Council President: President Charles Michel (Belgium) was re-elected for a second term of two and a half years starting from June 2022 until November 2024.

For more information or to submit your feedback, contact the Malta Business Bureau’s Brussels Office on infobrussels@mbb.org.mt

Posted on 31st March 2022 in Media
Share this article: