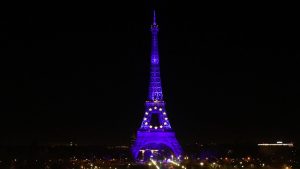 January marks the start of the French EU Presidency, which is expected to be highly intense in negotiations in the first 3 months considering that the French Presidential elections take place in April. The priorities of the French Presidency for this period include: (i) Europe’s sovereignty, (ii) Climate, Social and Digital transition, and (iii) Europe for 2030: investment, values, youth, culture and health. The French Presidency will also wrap up the process of the Conference on the Future of Europe.

The programme for each Council configuration under the French Presidency can be viewed from here.

As outlined in the 2030 Digital Compass, the EU is looking at digitally transforming Europe by 2030 in line with European values. In line with this strategy, the European Commission is proposing to define a set of principles for a human centred digital transformation in a declaration of European Digital Rights and Principles.

The principles include the following categories: (i) People at the centre, (ii) Solidarity and inclusion, (iii) Freedom of choice, (iv) Participation, (v) Safety and Security, and (vi) Sustainability.

Following earlier approval from the IMCO Committee, the European Parliament’s plenary has now adopted the Digital Services Act with further amendments. Interesting new provisions included in the final text are the obligation on platforms to make it possible for users to refuse consent of giving data as easy as giving it. If users refuse to consent they should still be given a fair and reasonable option to access the platform. This applies to both one-time and regular users. There will also be a ban on advertising targeting minors or to use sensitive data to target users through advertising according to ethnical, religious beliefs or sexual orientation.

An obligation is being placed on intermediaries to carry out due diligence prior to onboarding business users. They can use online open source data such as national trade registers, or can also request businesses to provide supporting documentation directly.

The first exchange among EU ministers took place where the French Presidency made its intentions clear that it will work towards a swift adoption of the EC Pillar 2 proposal (minimum taxation), possibly by March 2022. The general direction provided by Ministers was that this proposal needs to be adopted as soon as possible to become applicable as from January 2023. However there was some disagreement as to whether the progress of Pillar 2 and Pillar 1 (Tax on digital services) should move in parallel. Some, such as Hungary and Poland expressed this preference, but others such as Belgium and Portugal prefer Pillar 2 to move ahead as otherwise it would be derailed. Other countries such as Estonia and Luxembourg conveyed their concern that having Pillar 2 applicable as from 2023 is too ambitious considering the reforms in the tax systems that need to take place, while others such as Lithuania maintained that the EC proposal should not go much beyond the OECD agreement.

In an MBB/IFSP meeting just prior to the ECOFIN Meeting, MBB communicated to Malta’s Minister for Finance and Employment, Clyde Caruana the main concerns with the EC proposal that are in fact that it goes beyond the OECD agreement and the challenges imposed by the implementation timeline.

Ministers agreed to a text which proposes a common standard port for all smartphones, tablets, digital cameras, headphones, portable speakers and video game consoles. This will eliminate the need to buy a new charger every time that a new electronic device or similar item is bought. As a result, it will be more convenient for consumers when charging devices and more importantly it will reduce electronic waste associated with the production, transportation and disposal of chargers. The Council now has the mandate to start negotiations with the European Parliament for a final agreement. This proposal is currently being negotiated in the European Parliament’s IMCO Committee and led by Maltese Rapporteur MEP Alex Agius Saliba.

VAT in the digital age: The European Commission is calling for evidence on 3 main issues to adapt VAT to the evolving realities of the digital economy and new business models that create new challenges for tax administrations. The consultation focuses on (i) digital reporting requirements, including e-invoicing, (ii) Vat treatment of the platform economy, and (iii) expanding the VAT one stop shop (OSS), which the single VAT registration system in the EU. The MBB is looking to gather input to submit feedback to this consultation whose deadline is 15th April.

Upgrading Digital Company Law: The European Commission is looking to increase transparency and access to information by introducing new disclosure requirements about companies (beyond limited liability companies). It is also considering enhancing the authenticity of company data for administrative and court procedures, and expand the use of the only-one principle, including the possibility of submitting more online information and reducing the need for physical presence. The MBB is looking to gather input to submit feedback to this consultation whose deadline is 8th April.

Revision of EU legislation on Food and Alcohol Beverage information to Consumers: In line with the Farm to Fork Strategy, the Commission is targeting the entire food chain and looking at empowering consumers through labelling information to make more sustainable choices and reduce food waste. The consultation looks at gathering input on preferred consumer choices for front of pack nutrition labelling, on extending the mandatory inclusion of origin information on certain products, and a reflection on the use of date marking such as ‘use by’ or ‘best before’. The MBB is looking to gather input to submit feedback to this consultation whose deadline is 7th March.

European Parliament President: MEP Roberta Metsola was elected President of the European Parliament for the next two and a half years following an agreement among the main 3 political parties (EPP, S&D and Renew/Liberals) to pursue a pro-EU agenda, and a majority of 458 votes out of 690 cast.

20 years of the Euro: This year we celebrate 20 years since the introduction of the Euro – a key element of European integration.

For more information or to submit your feedback, contact the Malta Business Bureau’s Brussels Office on infobrussels@mbb.org.mt

Posted on 31st January 2022 in Media
Share this article: