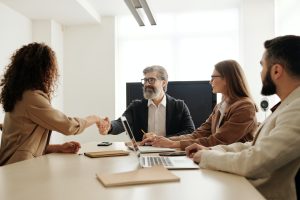 Malta Business Bureau believes in the added value that diversity brings within companies, including at Board room levels.

3 March – The EU Council today adopted the proposal for a Directive on Gender Balance among Directors on Listed Companies. This important development takes place 10 years after the Directive had been originally proposed by the European Commission and after several years during which negotiations had stalled.

MBB President, Alison Mizzi commented, “The participation of women in higher education and the labour market has substantially increased in the past years. This is an important achievement but should not be considered an accomplishment by itself. There should be no glass ceilings imposed on career progression. Women have shown they are capable of being in leadership positions.”

“A voluntary approach is always preferable, but despite political rhetoric favouring gender balance at the highest level of corporate structures, statistics on the percentage of women on Boards of listed companies to date show that this is far from materialising.  Perhaps it is time to adopt a stronger approach. This EU Directive will shake company cultures and require recruitment processes to look closer for talent from all genders. It is a call to identify qualified and experienced women and give them the space to lead and succeed,” Ms. Mizzi said.

Ms.  Mizzi also stated, “Diversity at all levels of company structures increases competitiveness and ultimately contributes to economic growth. We need to ensure that human resources allocation is optimised by using all talents, including at Board level. But this cannot happen overnight. It is positive that the Directive provides a renewed timeline until December 2027 that will allow listed companies to plan a gradual transition to achieve the requirements without creating major disruptions to their governance structures. Furthermore, the Directive will cease to apply after 2038, by which time gender balance on Boards is expected to become the norm and there will no longer be a need for a legal requirement.”

The EU Directive proposes that a minimum of 40% non-executive members or 33% of all Director positions, including both executive and non-executive Directors are occupied by persons of the under-represented sex on company boards in listed European companies. Listed companies will be required to either comply or otherwise explain the procedural rules on selection. The Directive also proposes infringements that go as far as annulling nominations if proven that they are made contrary to the requirements of the Directive.

Today’s Council agreement will pave way for further negotiations with the European Parliament to eventually introduce the legislation across the EU.

Posted on 14th March 2022 in Media
Share this article: