Can Malta achieve zero-emission buildings before time runs out?

The European Commission recently proposed a major revision of the Energy Performance of Buildings Directive (EPBD). Forming part of the European Green Deal, the aim is to help set the EU firmly on the path towards climate neutrality by creating a zero-emission EU building stock by 2050. In light of this proposal, the Malta Business Bureau assesses the Maltese context. 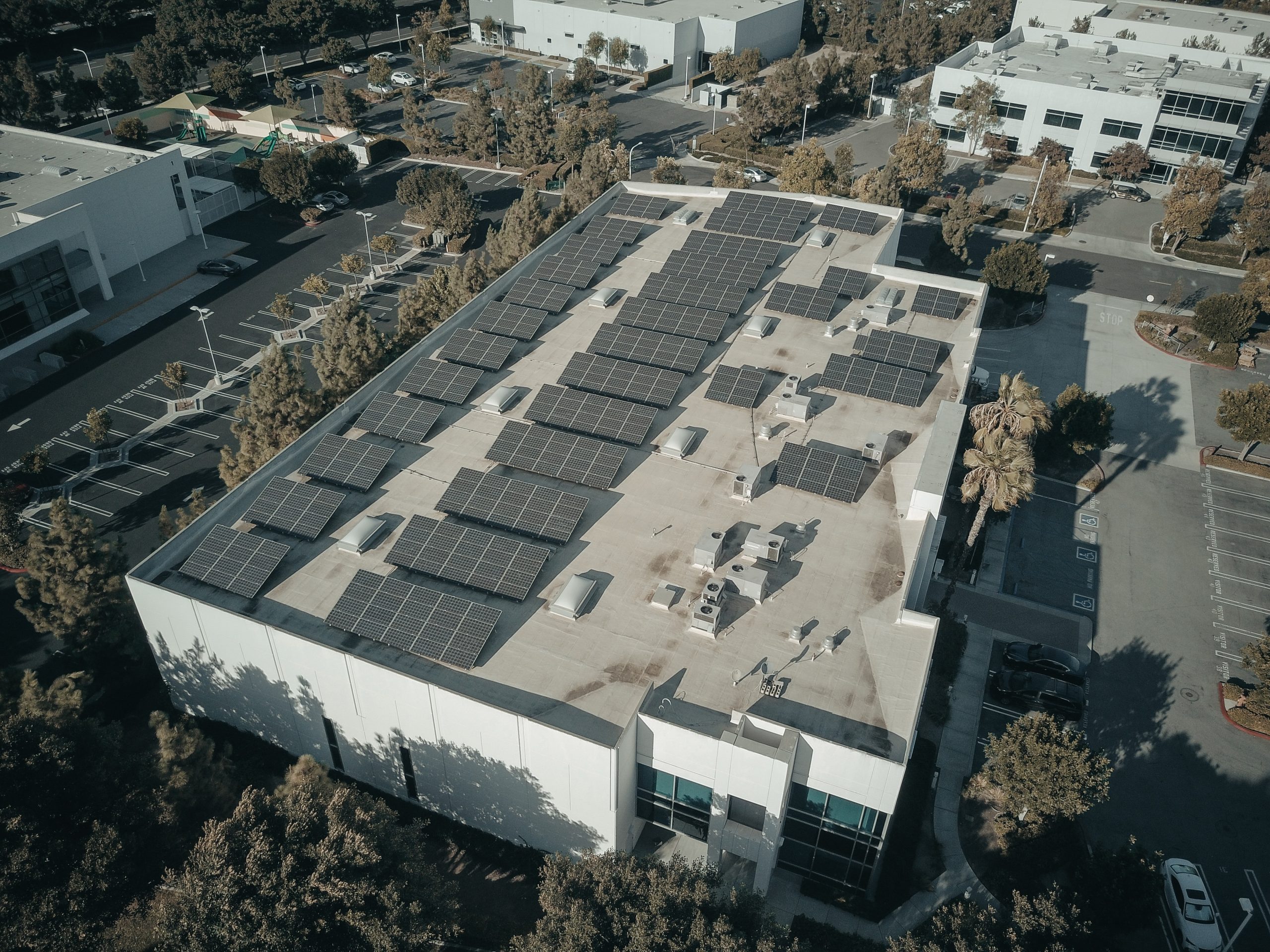 “The Energy Performance of Buildings Directive was originally introduced back in 2002 and has been revised several times over the last two decades,” explains Malta Business Bureau Senior Policy Executive on Sustainability, Gabriel Cassar.

“Its main aim is to introduce measures contributing towards the improvement of the energy performance of buildings, both in terms of energy efficiency and energy generation through renewables. This includes, for example, setting minimum performance requirements which all new buildings must meet to be considered compliant.” The key points of the revision, he notes, will be to significantly raise renovation rates of existing buildings, while also ensuring that all new buildings constructed by 2030 are zero-emission.

Commenting further on the targets which are being introduced by the revision, Mr Cassar affirms that, when it comes to existing buildings, the idea is to eventually bring all buildings up to standard over the next few decades. “The focus at first will be placed on the least efficient buildings. In terms of actual targets, the 15 per cent worst performing buildings in the national stock would have to be renovated to meet a higher performance standard by January 2027,” he says.

In response to the proposal, MBB is currently putting together a report on the Directive, which will assess the EU proposal in relation to the practicality of applying these targets to the Maltese context (especially given our geographic limitations); the financing gaps; the skills and enforcement needs envisaged; and finally, how this will coexist with other EU policies.

In principle, Mr Cassar maintains that MBB welcomes EU proposals seeking to increase the sustainability of business operations, adding that “all stakeholders must play their part should we aim to achieve tangible change.” That said, he notes that there are still practical concerns which need to be seriously considered. 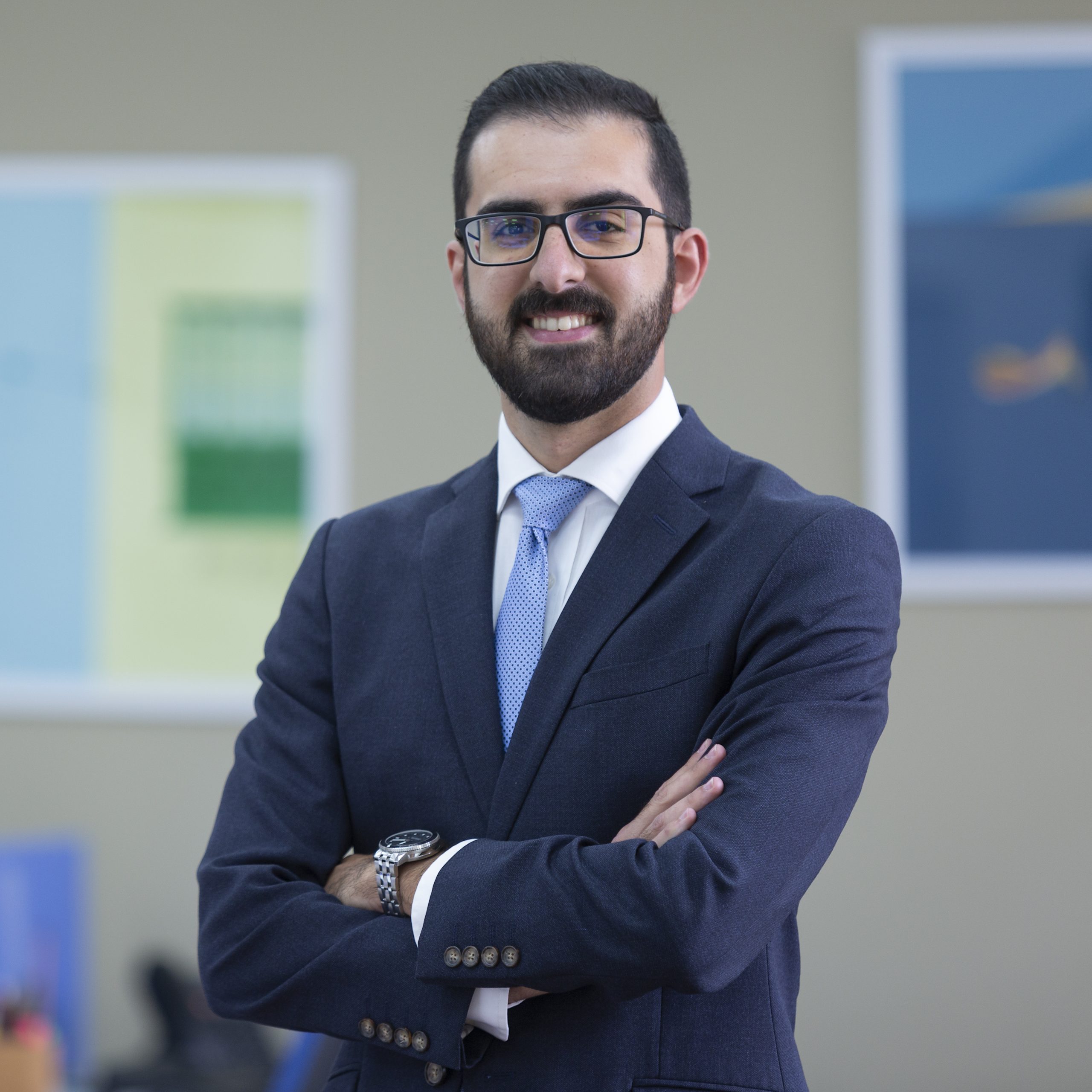 As a starting point, the MBB has raised questions over the definition of zero-emission buildings, and its applicability in the local context. “To be precise, a zero-emission building is defined by the proposal as a building with a high level of energy performance, and which meets its energy demand by renewable energy generation on-site, through a renewable energy community, or through a district heating and cooling system,” Mr Cassar explains, yet points out that it is difficult to apply this standard to every single building in Malta for various reasons.

“Many of our urban areas are characterised by densely packed buildings with flat and terraced roofs, leaving limited room for PV installations. For similar reasons, there are no district heating and cooling systems in place or planned in Malta,” he highlights, adding that energy communities have still not been implemented locally, and space for such projects is naturally limited.

Lending his expertise to MBB’s report in this regard, Ing. Patrick Spiteri Staines points out several obstacles present within the local context, expressing his belief that having zero-emission buildings as early as 2027 in Malta is unrealistic.

“Our level of technological readiness is abysmal. We are decades behind the rest of Europe with regards to all aspects of our building sector,” he says, in no uncertain terms. Backing up this claim, he points to a few such issues: “standards are non-existent – the few we have are not checked in situ and the level of enforcement is very low; the training levels and knowledge of all people in this sector below the architect are poor to say the least.”

Acknowledging that this sector has been in need of an upgrade for many years, Ing. Spiteri Staines laments that there still appears to be no major drive that will do this. “The amount of talk is impressive but actions, timelines, roadmaps and commitments are nowhere to be seen by the authorities with this responsibility. The actual progress is very slow,” he quips.

Commenting on the local scenario in relation to the EU’s focus on renewable energy generated on buildings – with a special focus on solar energy – Ing. Spiteri Staines states that, while Malta has a high level of solar radiation, its small geographic footprint and dense population, coupled with a high number of old and protected buildings reduces the possibility of having PVs on every building. “There is also the problem of shading due to different building heights, thus our maximum potential for PV is limited,” he continues, adding that the island also has a high number of multi-dwelling buildings with a small footprint and small roof area which is used partially as terraces or for water and AC plants, leaving no room for PVs.

Meanwhile, he adds, “the potential of using BIPV integrated into facades exists, but these are still not mainstream and limited to new constructions outside UCA. There is certainly room for improvement but we cannot expect to reach the percentages that other large countries can reach. Malta, in this regard, should be compared to a city centre, not a complete country.” 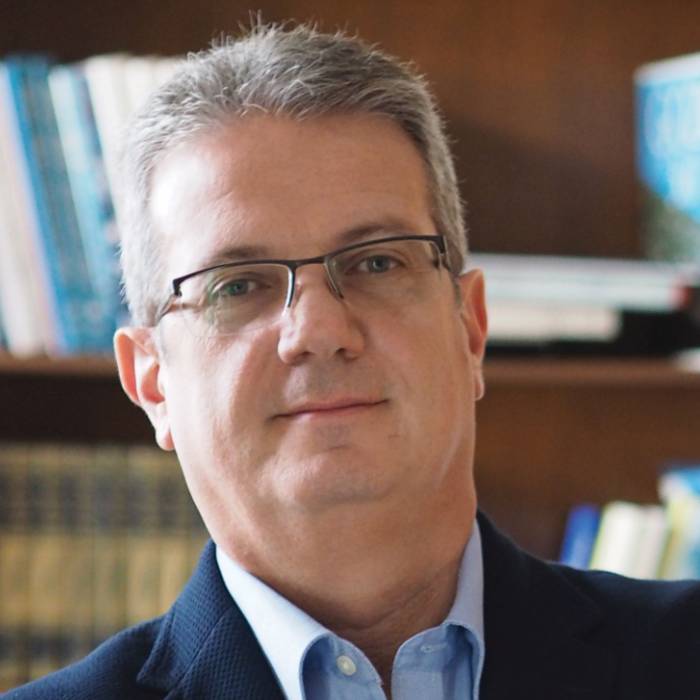 Naturally, with improved standards, a crucial point will be enforcement, which Ing. Spiteri Staines has already pointed out as a bone of contention. Discussing what needs to be done to ensure that new and existing buildings are consistently meeting the higher standards being set, he notes that the system has to be properly set up, with verification of energy ratings for design EPCs when a building is built. He also emphasises the importance of enforcement of EPCs on all buildings, not only those sold or rented.

“The only way this can work is by having a BCA which has enough manpower to enforce, as well as the willpower to do so. Integrating this process together with the PA compliance procedure would be ideal. However, we still need to develop the standards and integrate them into laws and regulations such that we can ensure that new buildings and refurbished buildings will meet the targets that are being set,” he maintains.

Undoubtedly, for this to be successful, the role of building professionals and skilled workers will become even more crucial than before, with the upcoming report highlighting a lack of training and qualifications by key people involved in construction. According to Ing. Spiteri Staines, the main concerns here are a workforce in the construction sector which is multinational and untrained, with no means for the authorities to gauge their capability and knowledge.

“The skill card system is coming into effect, but we fear that not even the trainers are trained with the skills that are needed to tackle the challenges ahead,” he warns, necessitating a massive capacity building drive to first train the trainers, then a system to ensure that the entire workforce is trained with the appropriate skills, as well as a system to enforce and maintain this. “The work will be in vain if we don’t have a system that assures continual updating to make skills relevant with current and future needs – a system which also ensures that the workers with the correct skillset are given the right work for them and the quality of the resultant work is checked. The quantum leap necessary here is huge, but first we need to start with the trainers.”

From the MBB’s end, Mr Cassar continues, “we have also expressed our concerns regarding the rather short cut off dates for higher efficiency standards which buildings must meet, and the considerable financial investment cost required to achieve this. While EU and nationally funded schemes do exist, so far these have not proven to be sufficiently attractive for businesses to take up. Traditional financing such as through banks is also difficult for businesses to tap, since the returns from energy efficiency can be rather uncertain, making the investment inherently riskier.”

In this respect, MBB’s report forms part of a wider project through which Deloitte is collaborating with the MBB to assess the impact of, and the challenges related to, the implementation of the revised EPBD locally. Deloitte Manager Matthew Booker explains, “not only does the EU proposal fit squarely within Deloitte’s values, goals and commitments around climate change and sustainability, but given our interdisciplinary professional backgrounds we consider ourselves to be well placed to assist building owners plan for, understand, and tackle the issues brought about by this legislation.”

Commenting on the fact that the revised EPBD will undoubtedly lead to a massive investment effort by both public and private sectors, Mr Booker expects that a number of private building owners and particularly SMEs are likely to face significant challenges in this regard – even more so in a post-COVID environment where many businesses are still undergoing a process of recovery.

“There are a number of Government schemes aimed at supporting retrofitting of buildings and other sustainable investments, however these are generally subject to strict budgetary limitations and are unlikely to meet the need for funding brought about by the revised EPBD,” he affirms, adding that, “while existing national schemes should continue to be promoted by governments and business associations, we are of the view that in order to properly stimulate the green investment transition in Malta’s building stock, alternative modes of financing should be considered.” 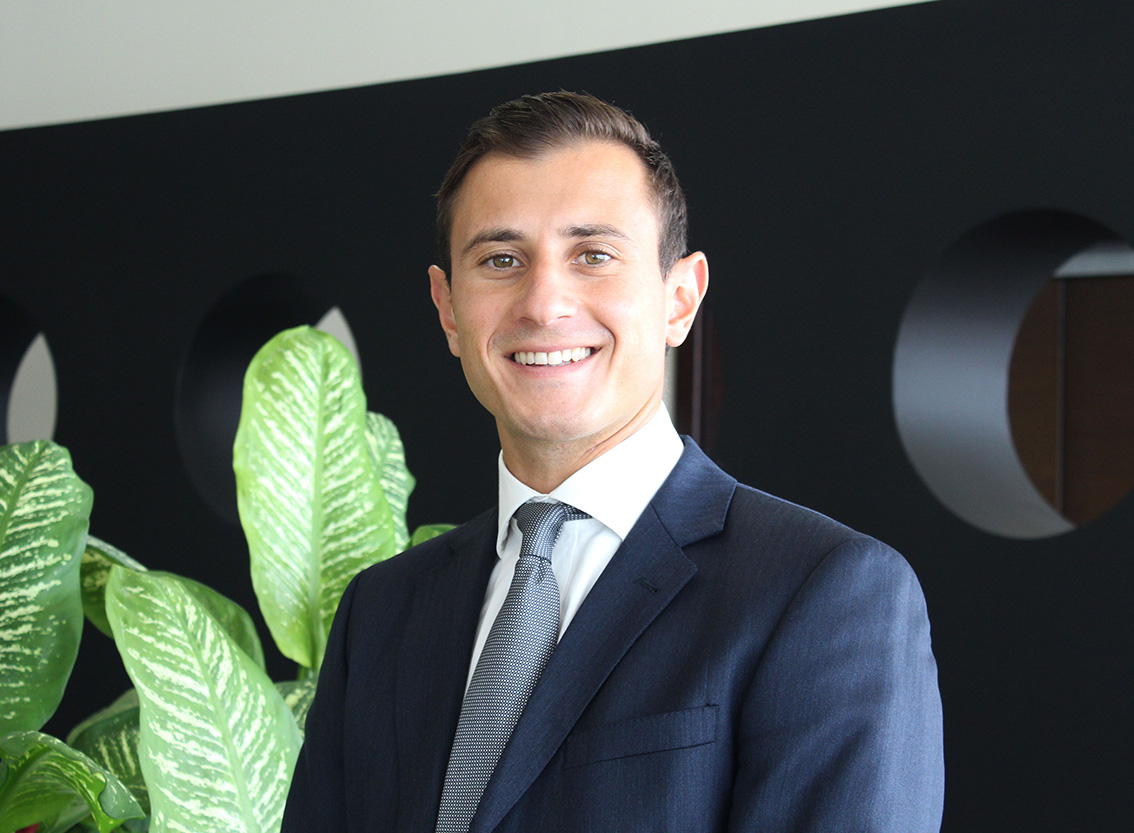 As part of the project currently underway with the MBB, Mr Booker says that Deloitte is exploring various financing structures aimed at providing efficient and attractive access to financing for building owners and to facilitate the retrofitting of buildings in the furtherance of EPBD requirements. “In view of the aforementioned limitations on existing Government funding schemes, coupled with a general and perceived lack of appetite exhibited by most local lenders (i.e. local commercial banks) to actively offer financing in this context, our proposals will look to establish dedicated financing options for building owners which are cost effective and attractive and which can support the investment required in carrying out energy efficient renovations of their buildings,” he explains.

Another consideration that will make or break the success of the revised EPBD, according to the MBB, is ensuring consistency across policy proposals and national strategies. “We are all seeing the immense number of policy proposals being pushed through at the moment. Many of these touch upon similar subjects and may have significant overlap, introducing the risk of double-regulation and overburdening member states, and businesses especially, with multiple pieces of legislation trying to achieve the same thing,” Mr Cassar warns.

Pointing out that the buildings sector by its very nature holds deep interlinkages with several other sectors, Mr Cassar believes that this can result in spillover effects into other policy areas. For this reason, he says, the proposal for a revised EPBD cannot be seen in isolation. “Rather, its consistency with other past, present, and planned policy and strategies needs to be ensured to facilitate easier implementation and achieve results.”

The full report shall be published in early 2023.

Posted on 12th December 2022 in Media
Share this article: