An EU vision for businesses 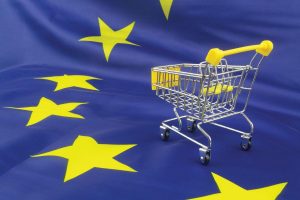 This Opinion Piece featured on The Sunday Times of Malta, on 31st October 2021

Earlier this year, the European Union launched the Conference on the Future of Europe, in a clear commitment to give citizens the opportunity to push for a vision of the EU which matters to them.

This comes in the context of a political drive for the EU to transform and make itself more relevant and present in the lives of European citizens.

We at the Malta Business Bureau felt it was our duty to take an active part in this process, particularly as we have worked closely with the business community for 25 years in ensuring that their issues are heard at a European level. The MBB very recently launched a high-level Declaration on the Future of Europe, presenting a holistic and ambitious vision for the future of the EU from businesses, following direct consultation specifically on this matter.

The Declaration covers four key topics that are and will surely remain relevant to businesses for the foreseeable future – the Single Market, sustainability, jobs, and, finally, transparency in the EU legislative process.

The European Single Market is undoubtedly one of the EU’s greatest achievements. The successful implementation of the free movement of people, goods, services and capital across such a large number of countries and diverse markets is unique and should be celebrated due to the way companies conduct business across borders and citizens go about their daily lives. There is no doubt that any successful future of the EU ensures not only the preservation but also the strengthening of the Single Market.

Any protectionist measures implemented at national level only serve to fragment the Single Market and make it harder for businesses and citizens to use it to its full potential. It is crucial that the European Commission continues to take on its responsibilities as guardian of the EU Treaties to ensure that no unfair practices are put in place.

All member states should remember that when signing up to the EU and, by extension, the Single Market, they willingly ceded some of their sovereignty in pursuit of access to a market of 500 million people. This was necessary to allow the EU to introduce measures allowing citizens and businesses to move cross-border with ease – as though doing so in their own country.

The benefits of that have been apparent and are deeply supported. National measures, designed intentionally or otherwise, to give businesses from one member state an unfair advantage over businesses from another are simply unacceptable in the context of the proper functioning of the Single Market.

On the contrary, the Single Market needs to be deepened significantly through further harmonisation of rules. Until such a time when further aspects of day-to-day business operations are simplified and harmonised across borders, then true free movement cannot be achieved.

Decision-making needs to be transparent, inclusive, and efficient– Alison Mizzi

On aspects related to the environment, it is crucial that the EU continues acting as a global leader. Business recognises that its responsibility towards the environment can no longer be ignored, and that swift and concrete action is urgently required. However, it is crucial that EU climate targets are not decoupled from industrial competitiveness and innovation. Businesses should be empowered through financial and technical means to ensure that it can pull its weight in the fight for climate-change mitigation, without losing their ability to compete on a global level.

Furthermore, the EU should be cautious when setting long-term climate targets. Research should be made on whether shorter-term intermediary milestones may instead serve as better stepping-stones to reach the ultimate common goal of reducing emissions. A single deadline for all issues may not present the most viable solution, since technological readiness and availability should also be considered.

On employment, we have seen the digital transformation of the workplace outpacing educational institutions as well as the labour market itself, leading to skills shortages in several sectors. In the short term, simpler procedures are required to attract skilled third country nationals in the face of stiff competition from other competitors such as the US, Canada and the UK, among others.

In the longer term, the EU must continue facilitating cooperation among member states’ authorities and educational institutions and the private sector to bring about a balance between the demand and supply of labour.

Also, it must not be forgotten that labour market realities in the EU vary considerably due to different industrial relations systems within member states that have evolved over many decades. EU legislation in the area of employment must continue respecting the subsidiarity principle and allow member states to implement policies according to national practices.

Finally, the MBB Declaration talks about challenges related to the EU’s law-making process itself. The key to business competitiveness is a strong, democratic European Union with functioning political institutions, backed by member states’ competent authorities that work for the common goal and respect the primacy of EU law.

Decision-making at all levels needs to be transparent, inclusive and efficient.  Policy initiatives must be backed with evidence-based impact assessments and must be proportionate. The principles of better regulation must be implemented throughout the whole legislative life cycle, from inception stage by the European Commission, to deliberations in the council and the parliament, and transposition into national law.

Business is not against regulation, as this provides a predictable environment within which to operate. However, businesses cannot carry the burden of disproportionate, unnecessarily administratively burdensome, and one-size-fits-all measures. Specific realities, such as the double insularity of remote regions and island states, should be acknowledged and reflected in legislative outcomes.

The MBB will be presenting its Declaration on the Future of Europe to the European Commission and other key players in the process. We will follow up to ensure that the discussions on the EU’s future keep businesses and citizens alike close to heart.

Posted on 2nd November 2021 in Media
Share this article: