The Malta Chamber and MBB congratulate John A. Huber on election to EUROCHAMBRES Board of Directors

During the General Assembly held on 9th June, John A. Huber was elected to the Board of Directors of 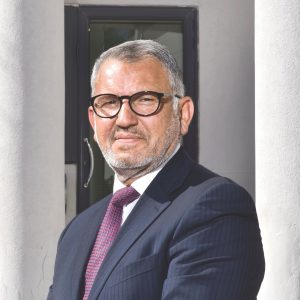 EUROCHAMBRES, of which The Malta Chamber of Commerce, Enterprise and Industry is member.

Established in 1958, EUROCHAMBRES represents over 20 million businesses in Europe employing over 120 million people, 93% of which are SMEs. The organisation has 46 members made of national associations of chambers of commerce and industry and transnational chamber organisations. It also has a European network of 1700 regional and local chambers.

“Being active at senior levels of pan-European business networks is of utmost importance for a small country like Malta. It provides a platform to network with and convey our priorities to high level EU officials and business leaders,” Mr Huber said after his election. “I look forward to continue promoting the entrepreneurial spirit of Maltese enterprise at European level and put forward our position on EU policy issues of priority to us,” he added.

John A. Huber is the Managing Consultant at John Huber and Associates, a Maltese advisory firm that caters for tax services with special focus on tax issues related to relocating to Malta. He worked in the field of tax for more than 30 years.

Since July 2019, Mr Huber is Vice President of the Malta Business Bureau, of which he previously also served as President between 2010 and 2012.

The Malta Chamber and Malta Business Bureau congratulate Mr. Huber on his election and wish him a successful mandate.